Email This Article To A Friend

The Truth About U.S. GDP Growth

Second-quarter economic growth surged 4.1%, the best it's been since the third quarter of 2014.

Almost immediately, the strong GDP report sparked debate as to whether it was a one-time shot. 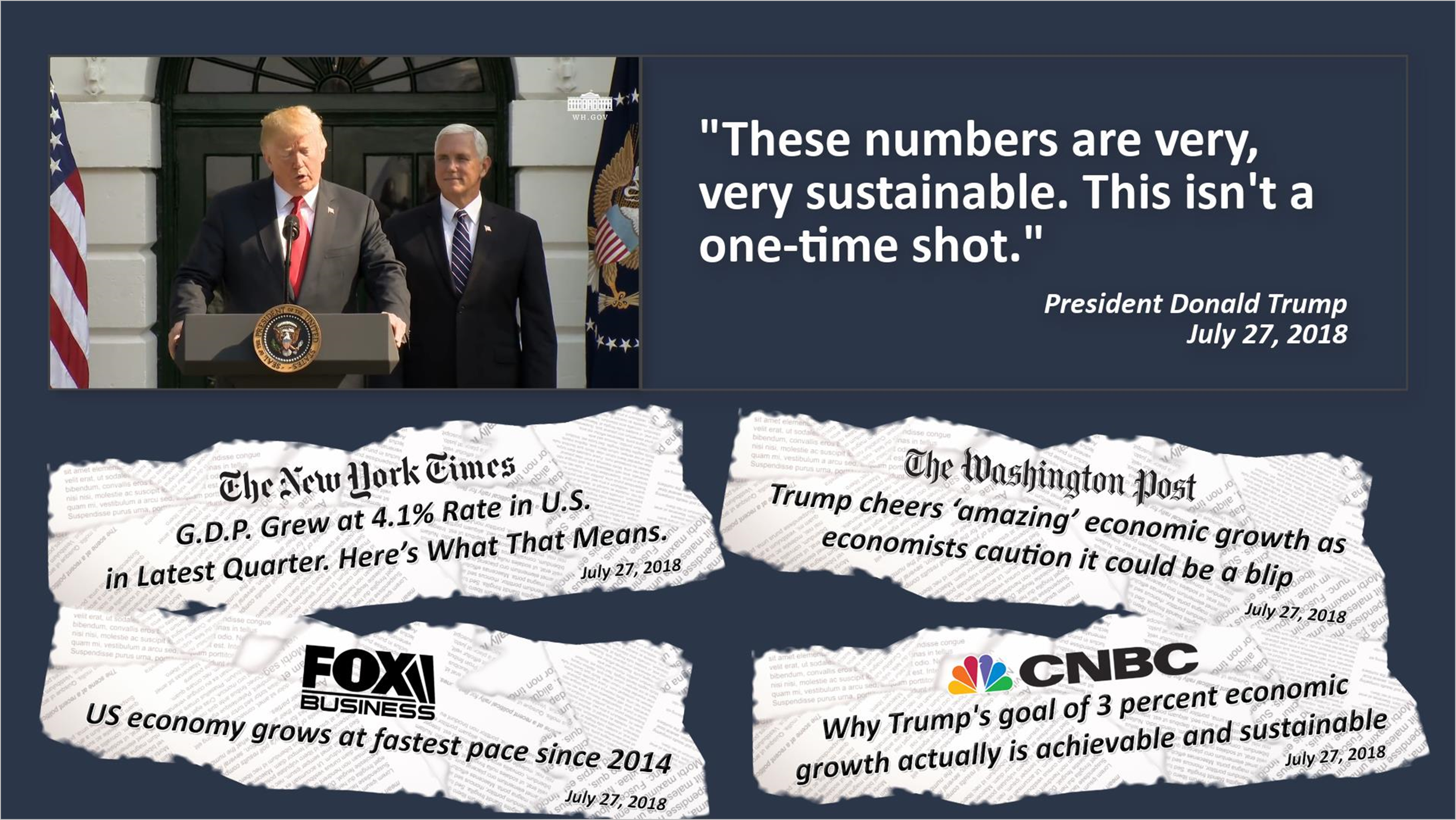 Here are the facts.

This chart shows the Trump administration's forecast for GDP growth versus forecasts from the non-partisan Congressional Budget Office and the U.S. Federal Reserve. 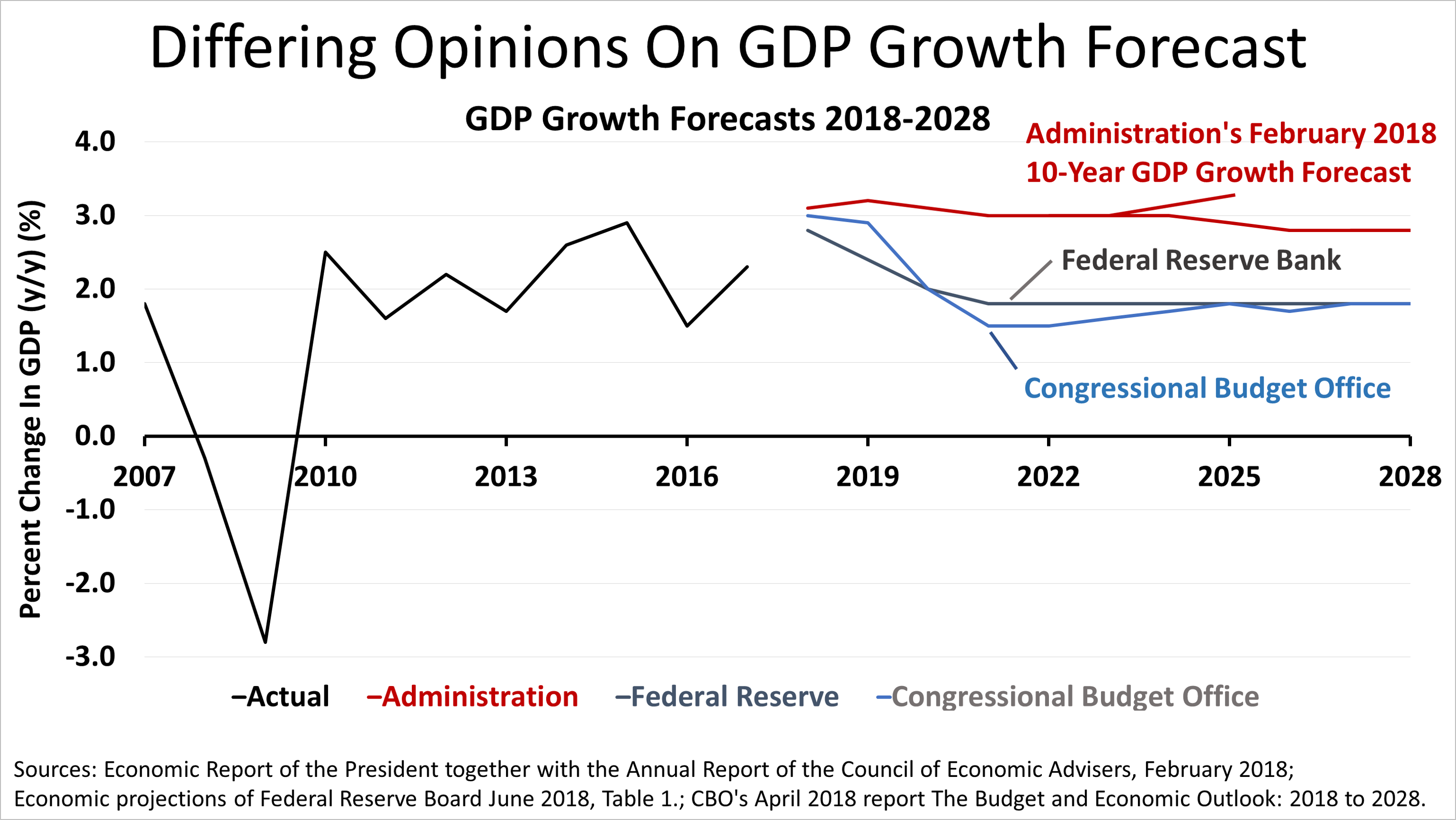 The difference between the Trump administration's growth forecast and those of the CBO, Fed, and private economists surveyed in The Wall Street Journal is explained by differing opinions about supply-side economics.

Most economists remain skeptical of the economic benefits that will result from the recent cut in federal taxes.